Could Rudy Giuliani’s Hair Loss Cost Him a Spot in Trump’s Cabinet?

Would the Donald really overlook someone as accomplished as Rudy Giuliani because he’s follicularly challenged? We have come to ‘love’ or ‘hate’ Trump’s emphasis on physical appearances but how important is hair to the Donald? His obsession with his own flowing golden locks is unmistakable! But would he really pass on Rudy to appoint someone else, possibly even one of his most outspoken critics, Mitt Romney, because he has “good hair”?

All joking aside, even though all of Trump’s cabinet appointees so far have great hair, we are hopeful that he won’t disqualify his good friend, Mr. Giuliani because he’s genetically hair challenged. However, did you know that there is really a subconscious bias against men with hair loss?

A recent study from Johns Hopkins involving 122 adults aged 18-52 looked at side-by-side pictures of 13 men before and after hair transplantation. After having a hair transplant these men were scored as: Younger, more attractive, more approachable and more successful. Other studies report that men with hair when compared to those without hair are more energetic, more accomplished and healthier.

Successful politics and good hair go hand in hand. Consider a 2011 article by Jack Cafferty. The article is about Rick Perry’s run for Texas governor. Cafferty says, “Say what you want about the current Republican front runner – love him or hate him – the guy’s got great hair.” “In Texas Rick Perry was also known as Governor good hair.”

While Donald Trump is rumored to have had a little help with his hair along the way, lips are sealed. However it is widely known that Vice President Joe Biden did have hair transplant surgery as a senator. A gregarious, out-spoken and generally well regarded politician, Biden underwent hair restoration a number of years ago while still a senator. His hair procedure was likely done to create a hair-line and frontal forelock to better frame his face. Biden likely owes some of his political success and appointments to his having had a hair transplant.

So could Giuliani’s hair loss derail a political appointment? Probably not. But one thing is for sure. Having more hair wouldn’t hurt! So Mr. Giuliani, as a public service, PAI Medical Group is offering you a free hair transplant to better your odds! Where Does Donor Hair Come From?

The process of getting a hair transplant can be a little daunting if you’re unsure of how it works, so do your due diligence and find out what it entails. Now, let’s dive into the realities of a hair transplant. 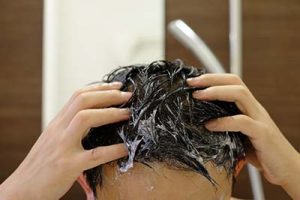 Rogain or Minoxidil is widely available and has been FDA[...] Does a Hair Transplant Ever Fail?

If you struggle with hair loss, you’ve probably[...]